I looked up the roots of convince.  It comes from Latin, con (with) and vincere (victory).  I’ve come to believe I’d rather listen to a speaker who is convinced than one who is convincing. I’d also rather listen to music in the same vein.  That’s why I am a convert to rap.  Well, not entirely converted, but I like it quite a bit. 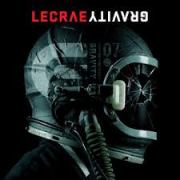 I get it now.  Rap music is convinced music.  The words are not asking you to believe.  They don’t care if you believe or not, they are telling their story, take it or leave it.  Now I can’t listen to just any rap, it has to be someone who is convinced of the same things I am convinced of.  That’s why I listen to LeCrae and Trip Lee and some of the other authentic rappers who happen to be Christians.  Now if I could only hear more preaching from pastors who are convinced instead of trying to convince others…someone who tells me about the victory obtained instead of how I should go and get one myself.  Someone who actually believes and talks like the gospel is true.